The Paper + Packaging Board
Annual Report

As the Paper + Packaging Board concluded its sophomore year, they approached Polygraph to create a unique report featuring their newly-launched media campaign and showcasing the often-overlooked paperboard industry. What started as a simple creative idea: printing the entire report on the exact cardboard materials they were hoping to highlight, turned into a major production undertaking. The final report is a folding, cardboard self-mailer with duotone screenprint inks and a digital integration allowing the report to be scanned to access video and web content from the campaign. 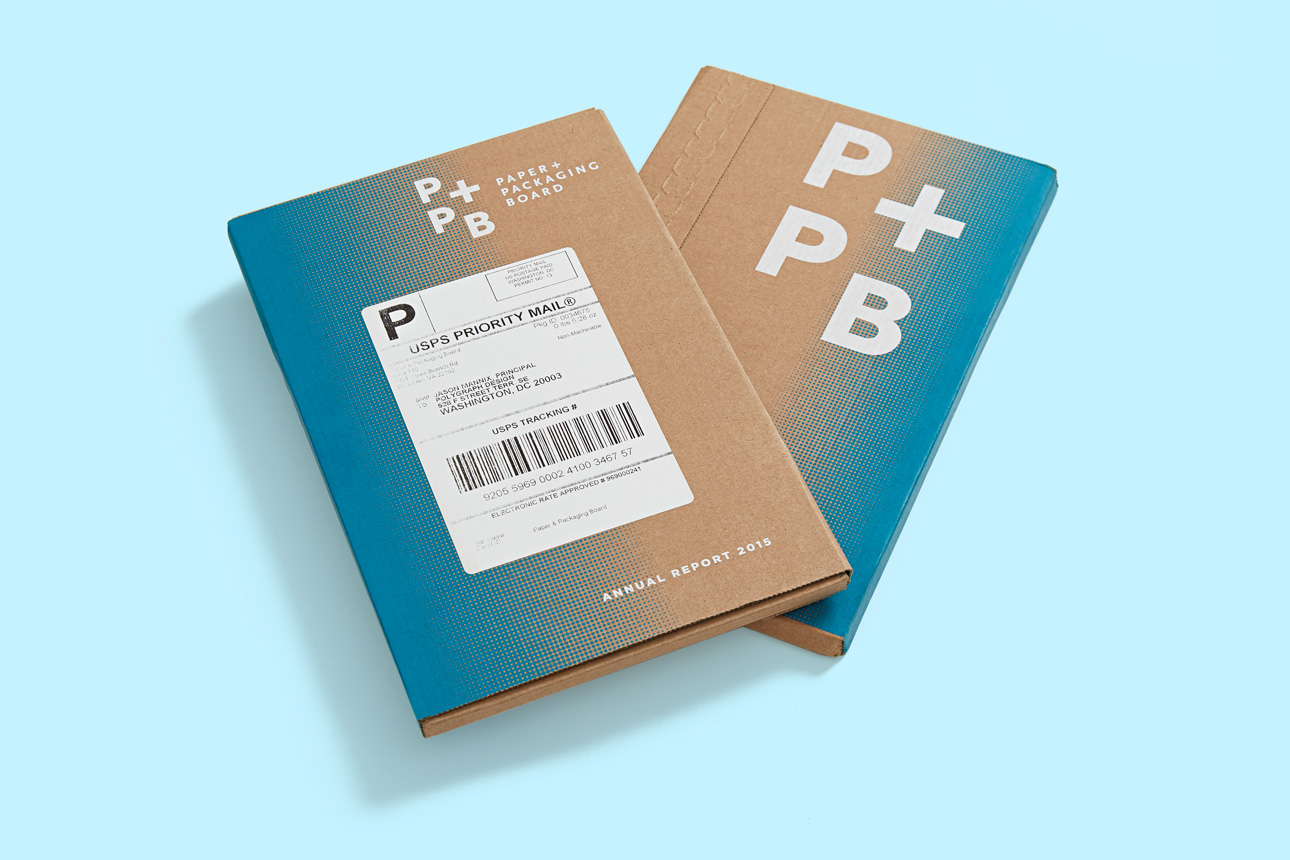 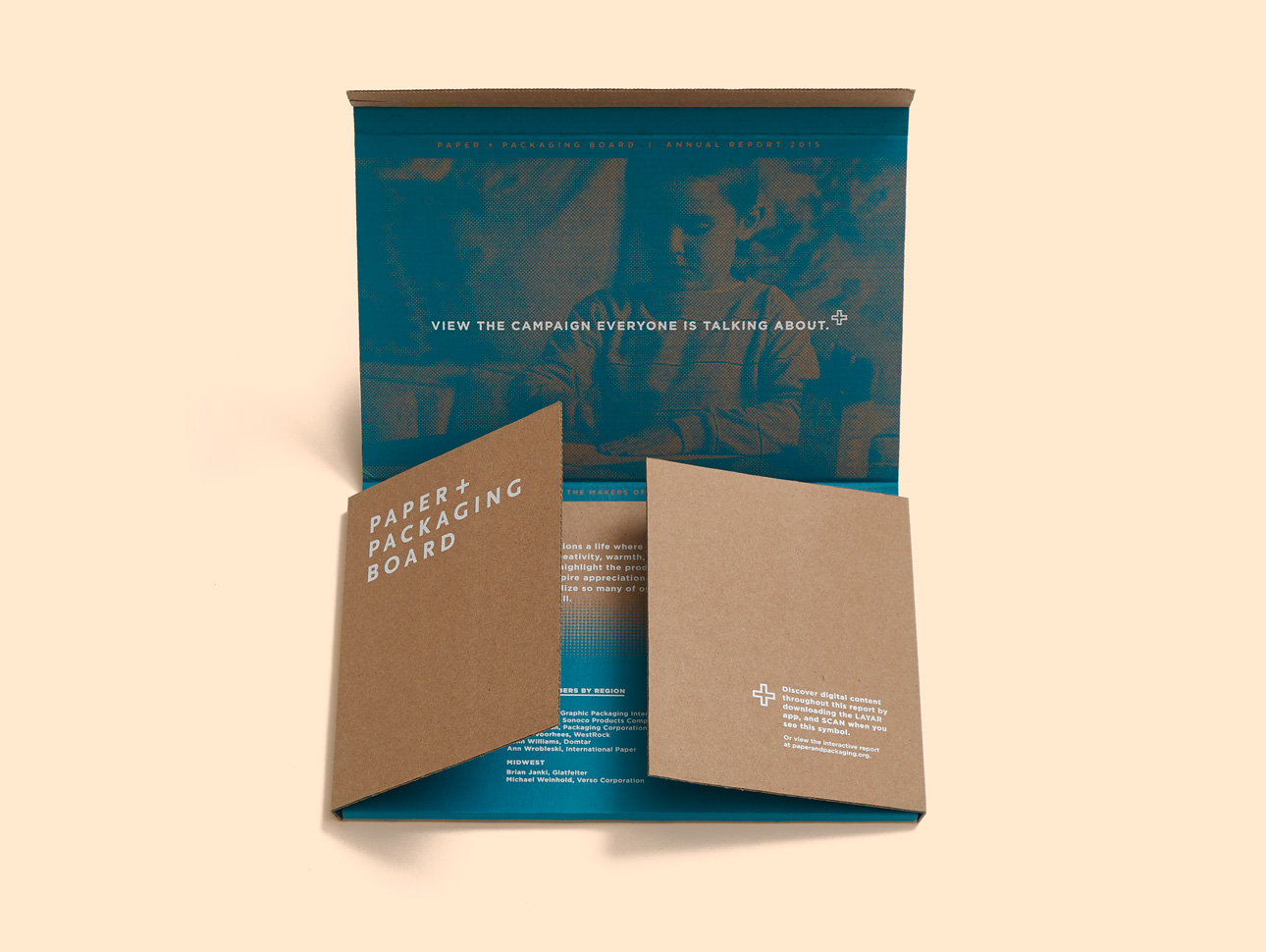 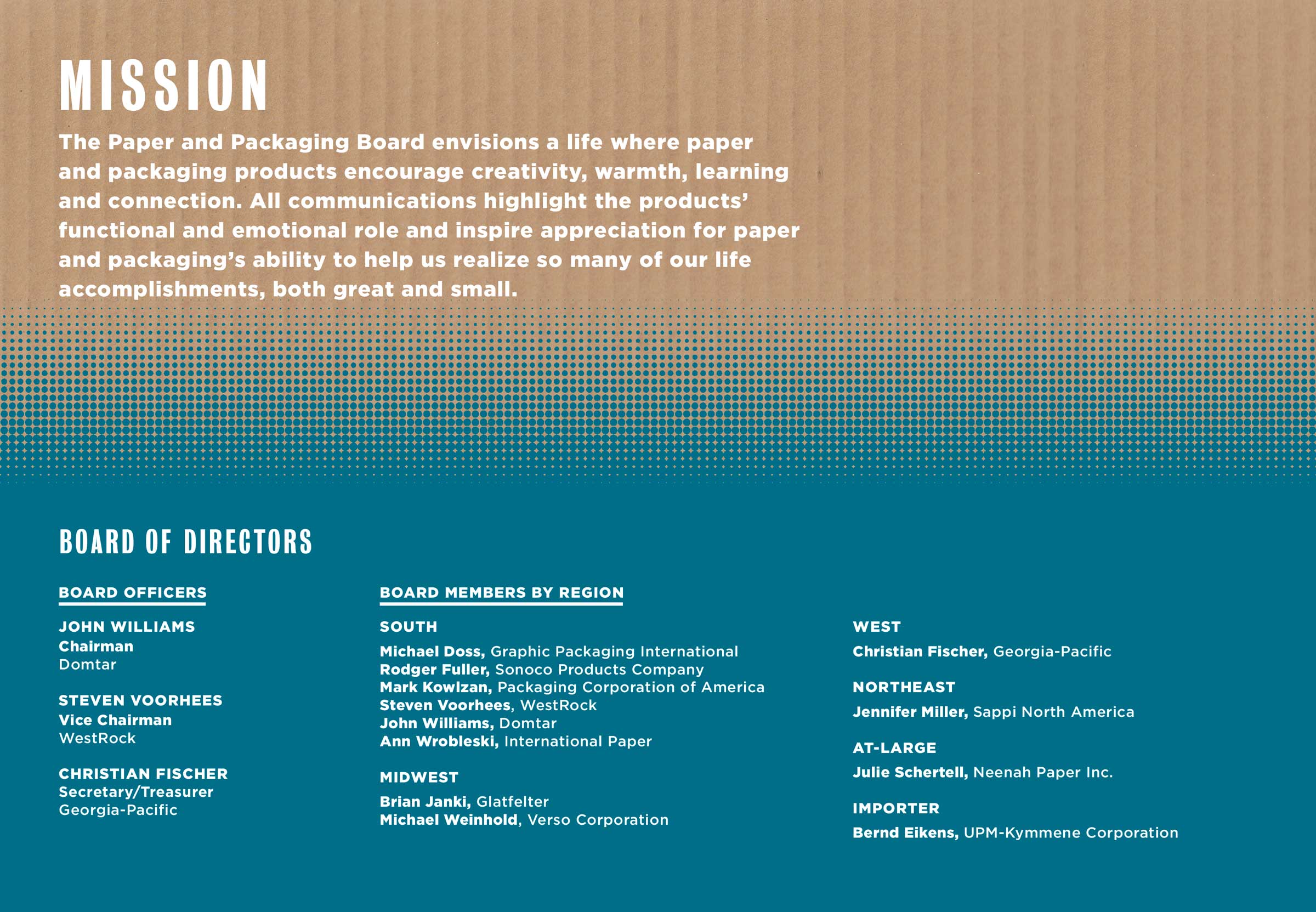 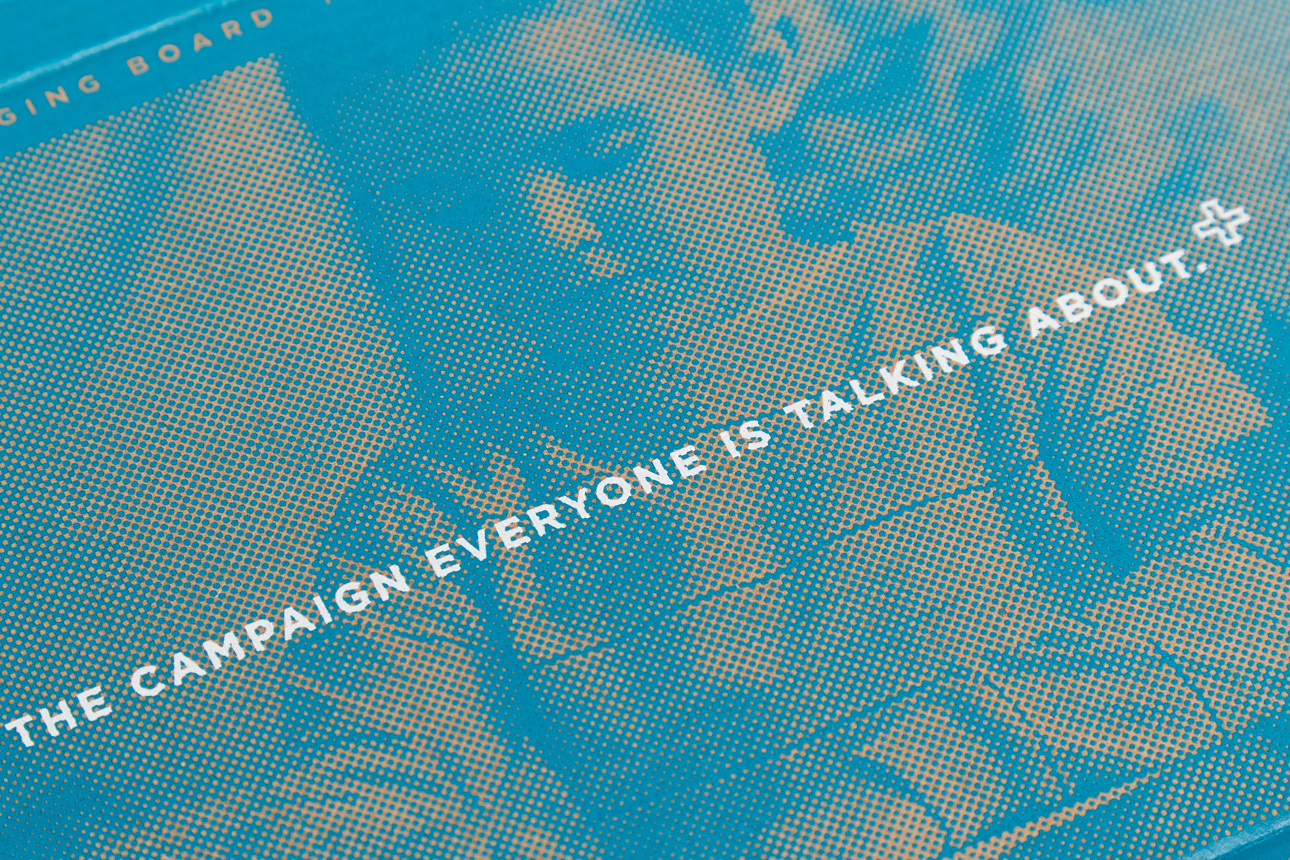